It was 1968 Sydney, Australia, when an accountant-turned-salesman saw his employer was making a huge business mistake, and so he decided to turn it into a lucrative business idea. Reginald Hubbard had been working at a local kitchen supplies company selling laundry equipment, but when the company resolved to terminate this arm of the business, he saw an opportunity. With an entrepreneurial spirit and a love for his family, Reginald Hubbard created what is today known as Aqualogic, Leaders in Laundry.

From humble beginnings as a one-man-operation, by the 1980s Aqualogic had grown to become a national distributor, supplying high quality laundry equipment to the whole of Australia.

Aqualogic eventually became a full family affair with Reginald’s former wife and his children working at the company, but by the early 1990s he was ready to take a step back. Wanting to relax and spend more time with his family, Reginald split Aqualogic up into states and territories and sold them on as separate entities, many of which are still in operation today.

As time passed, Reginald’s daughters, Lisa and Kim, became more and more involved in the operations of the business. By 1996 Lisa Horne (nee Hubbard) was appointed Managing Director, as she is today. Under Lisa’s management, Aqualogic expanded into the commercial laundry sector, adding Chicago Dryer, Milnor and Colmac to the portfolio of supplied brands.

Aqualogic has taken many shapes over the last 50 years, but its vision is unwavering: to deliver the best experience within commercial laundry. What started as a 1-man-operation is now a market leader with over 35 employees, a unique people-centric culture, and the industry’s largest service team and parts inventory. Watch this space…

1972
3 employees; business model becomes heavily focused on a rental equipment program.
1973
LSG appointed as national distributor of IPSO and first in the world to receive an exported IPSO washing machine outside of Europe.
Mid-1980s
Move to National Distribution model with 5 offices across Australia. Then, business evolves into a dealer model – each branch operated individually; HO acts as supplier. 1986 and 1987, Reginald’s daughters, Lisa and Kim, start working with the company.
Late-1980s
Between 1985 and 1989 each branch sold on as individual companies, many of who make up the Australian industry today. The remaining business continues as a wholesale supplier.
1990
Sold off companies start directly importing equipment themselves. LSG buys back NSW spinoff, continuing as a wholesaler and adding a rental business model to its offering.
1991
Brand portfolio expanded, appointed distributor for UniMac. Business diversifies, adding water purification rental program, leading to a business name change – Aqualogic.
1996
Lisa Horne (nee Hubbard), appointed as Managing Director, as she is to this day.
1999 – 2003
Aqualogic sells off water purification rental business; expands into commercial laundry sector; appointed distributor for Chicago Dryer Company, Pellerin Milnor, and Colmac.
2008
Aqualogic establishes a QLD branch office in Moorooka.
2018
Grown to 36 employees, Aqualogic recognised for largest service tech team and spare parts inventory. HO moves to permanent location, Seven Hills.
2021
Aqualogic unveils a new brand identity, bids farewell to iconic logo of 20+ years. Company continues to move towards delivering an even better laundry experience for its customers.

Need help with your Laundry?

Speak with our laundry experts to help you with machine selection, technical information, site issues, and any other laundry support you need.

7 Costly Mistakes You Must Avoid 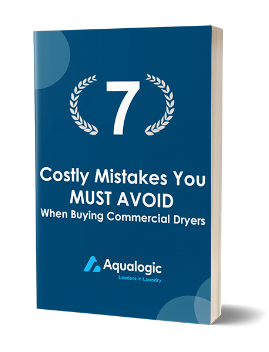 7 Costly Mistakes You Must Avoid 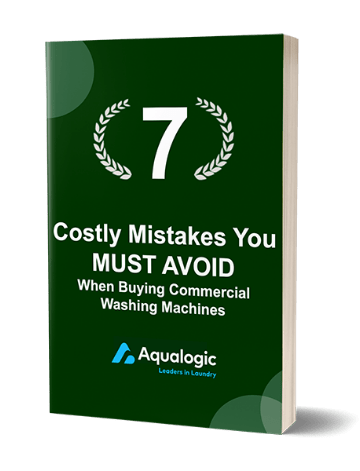 Enquire with us today